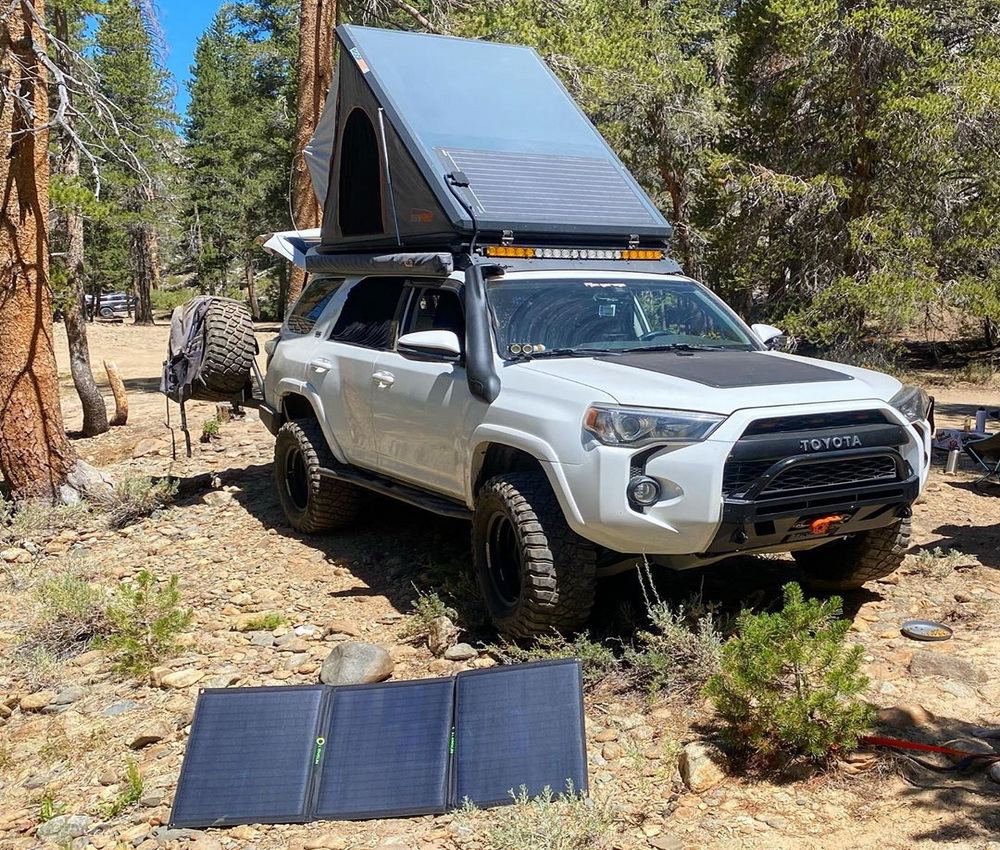 How much power you can get out of a given panel? We think lots of people think you can get what the manufacture rates the power at but unfortunately your highly unlikely to ever get that amount of power from the panel.

We found that in the process of selling solar panels. We regularly get asked why “my new 100 Watt panel is producing 60W 70W, is something wrong?” The short answer is NO, but let’s look at why this happens across the solar industry.

A solar panel is first tested right in the factory. As the panel comes off the production line, a worker (or robot) places the panel on a “flash table” and hooks up the positive and negative leads to a measuring device. The panel is then “flashed” with fake sunlight.  The connected electronics record a number of performance values including the panel’s voltage (volts), current (amps) and power (watts).

These testing conditions are called “Standard Test Conditions” or STC.

The following is testing of a Lensun 200w solar blanket.

But what’s standard about them?

The manufacturer uses STC testing to sort panels by power and ensure that similar panels are sold and used together.

“STC stands for “Standard Test Conditions” and are the industry standard for the conditions under which a solar panel are tested. By using a fixed set of conditions, all solar panels can be more accurately compared and rated against each other.

So now we build these factors into a relationship of efficiencies. The sunny summer months are great because the sun is close to directly overhead, like in the lab. However, the increase in heat reduces panel efficiency. In the winter months the panels are cold, so more efficient, but the sun is lower on the horizon so it fights through more atmosphere to get to our panel. On top of this, most panels do not point directly at the sun except for a fraction of the day, reducing efficiency again. This compounds with voltage drop, the lost power as electricity moves through wires.

Essentially there is almost always something(s) that prohibits solar production at lab settings, a factor that pulls down the panel from its rated wattage.

What does this mean in the REAL WORLD for you?

The solar panels won’t perform the way they do in lab-controlled STC in the real world.

It means we can expect to see between 67% to 75% of a panel’s rating when used. So if a 30 watt panel is in sunshine, you should expect 20-24 watts. This is the most you’ll see most of the time, less as the above factors add up to reduce power production. Even less as clouds and shadows block your panel. Less as dirt builds up on your panel. Each connection usually has a minuscule loss as well. All these individual nuances build into a visibly significant lower number than expected.

We are trying to adjust expectations through education. Some solar companies are even putting both rated watts and “true” watts on their panels to help solve this confusion. It’s like when auto companies started giving urban vs highway miles per gallon because no one was observing the potential efficiencies while commuting to work in stop and go traffic.

The “Bright” side: The opposite is true too. A solar panel placed at high altitude, in the cold, with the sun at mid-summer angles, while directly pointed at the sun, can produce above the rated watts for a panel! The other 99% of the time, however, you should expect less.

If any question or advice, Please contact us or call us in the following information from Mondays to Fridays.

Any wholesale request just call us or email us, thanks.